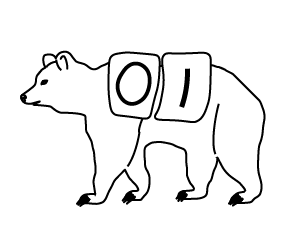 CorBinian: A toolbox for modelling and simulating high-dimensional binary data and count-data with correlations

CorBinian is a toolbox for statistical modelling of multivariate binary and count data with correlations.

CorBinian supports multiple statistical models, including different variants of maximum entropy models (with fitting algorithms that scale to >100 dimensions), Dichotomized Gaussian models, as well as tools for estimating various statistical quantities of interest from these models. It has been developed and implemented with the goal of modelling spike-train recordings from neural populations, but many of the methods will be applicable more generally.

This repository is based on --- and replaces --- the original toolbox pop_spike.

We tried to make conventions compatible across the different projects and to share utility functions, but there is still some mismatch in conventions and redundant functions.

See github.com/mackelab or mackelab.org/code for more repositories by the group.

Most of the code can be used with any other (binary) features computed from the data. Our implementations use MCMC and iterative scaling to scale to large (N > 100) populations.

This repository contains also code for fitting dichotomized Gaussian models to multivariate binary data. Particularly fast code is available for 'homogeneous' models with shared mean- and interaction parameters across the population. A python implementation for the DG models is available here: https://github.com/mackelab/dg_python

To get started, change base_dir.m to the name of the directory that the code is sitting in, run startup.m to set the path, and run one of the demo-files in the demo-folder.

We are in the process of integrating new functions for 'K-pairwise' and 'flat'/'K-synchronous' maximum entropy models into the codebase. Pleas note that until this is completed, there may be some compatibility issues. A stable version of many of the spike-train analyses featured here can also be found at bitbucket.org/mackelab/pop_spike/

Much of this code was developed in collaboration with---or even by--- the co-authors on the various manuscript. Feel free to use the code, but please acknowledge the source and paper appropriately if you are using it for a publication.

If you notice a bug, want to request a feature, or have a question or feedback, please make use of the issue-tracking capabilities of the repository. We love to hear from people using our code-- please send an email to info@mackelab.org.

The code is published under the GNU General Public License. The code is provided "as is" and has no warranty whatsoever.

The repository contains implementations of the methods presented in

Currently implemented: Functions for fitting and sampling from dichotomised Gaussian models both with binary and count observations. Some of this code is equivalent to a previous toolbox written primarily by P Berens and JH Macke in the lab of M Bethge, the original code-package can be found at http://bethgelab.org/software/mvd/.

Currently implemented: Code for fitting binary second order maximum entropy models (Ising models) which also works for large populations of neurons (N>100). Much of this code is based on a previous implemented by Tamara Broderick et al, http://arxiv.org/abs/0712.2437.

Additional code used specifically for Nonnemacher et al. (2016) can be found here. This includes scripts for fitting K-pairwise models to simulated population spike-data, and code for computing population measures such as the specific heat capacity from these models.

CorBinian: A toolbox for modelling and simulating high-dimensional binary and count-data with correlations