Ethereum Estate Vault is a fully-tokenized dead-man's-switch vault for Ether, ERC-20 and ERC-721 tokens, written using the Truffle and OpenZeppelin frameworks. It allows you to bequeath Ether, DAI, God's Unchained Cards, Cryptokitties, ENS Names, and other Ethereum assets to a beneficiary after you are no longer capable of checking in regularly with the central smart contract.

To keep your Ethereum assets safe, create a vault by calling the newVault() function. This vault can contain ETH, ERC-20 tokens, and ERC-721 tokens. Each vault has the following tools associated with it:

Alice owns Ethereum assets (ETH, ERC-20, and ERC-721 tokens) that she would like to pass on to Bob if something were to happen to her. She takes the following steps to secure her assets:

Run truffle test to verify some of the contracts' functionality: 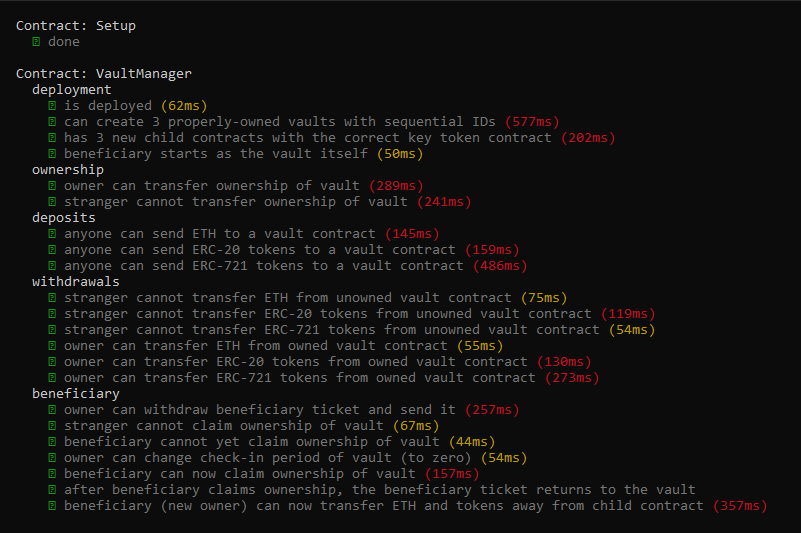 This project is purely academic, incomplete, not properly tested, and not intended to secure real cryptocurrency of value on any "mainnet". I take no responsibility for any lost funds as a result of using any code found in this repository.