The Complete Guide To Progressive Web Apps in Ionic Framework

Build a PWA with Ionic and Angular

Ionic is a step forward for Progressive Web Apps.

This repository is part of an ionic tutorial where you will learn what are Progressive Web Apps, why you should definitely consider them for your next project, and also how easy is to build a feature complete PWA with Ionic.

This post is part of the “Mastering Ionic” series which deep dives into Ionic advanced stuff. Don’t be afraid, if you are new to Ionic 5, I strongly recommend you to first read our introduction to ionic 5 previous tutorial.

Get a premium Ionic 5 Starter App

Did you know that we recently released Ionic 5 Full Starter App? It's an ionic 5 template that you can use to jump start your Ionic app development and save yourself hundreds of hours of design and development.

It is also a PWA and has a score of 100 in lighthouse. Try it on your phone as a PWA to see the magic!

It also has lots of forms and validations examples. 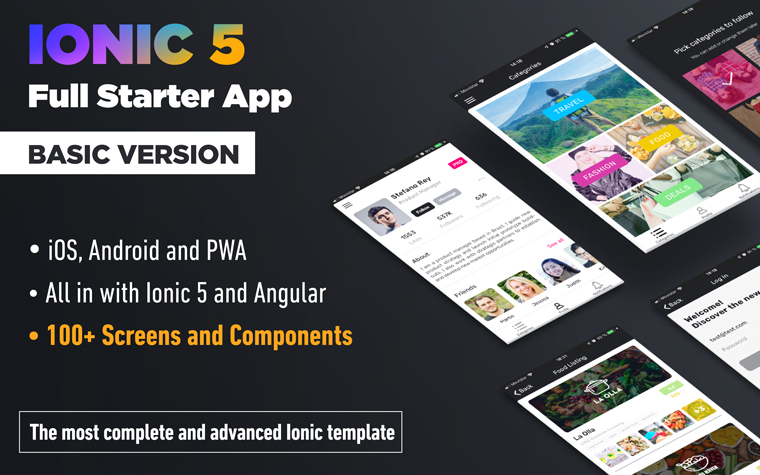