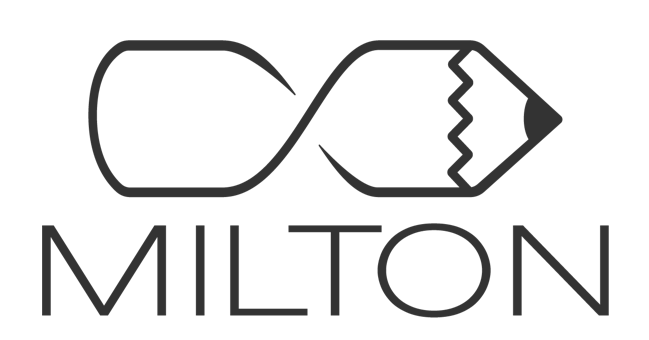 Milton is an open source application that lets you Just Paint.

There are no pixels, you can paint with (almost) infinite detail. It feels raster-based but it works with vectors. It is not an image editor. It is not a vector graphics editor. It is a program that lets you draw, sketch and paint. There is no save button, your work is persistent with unlimited undo. 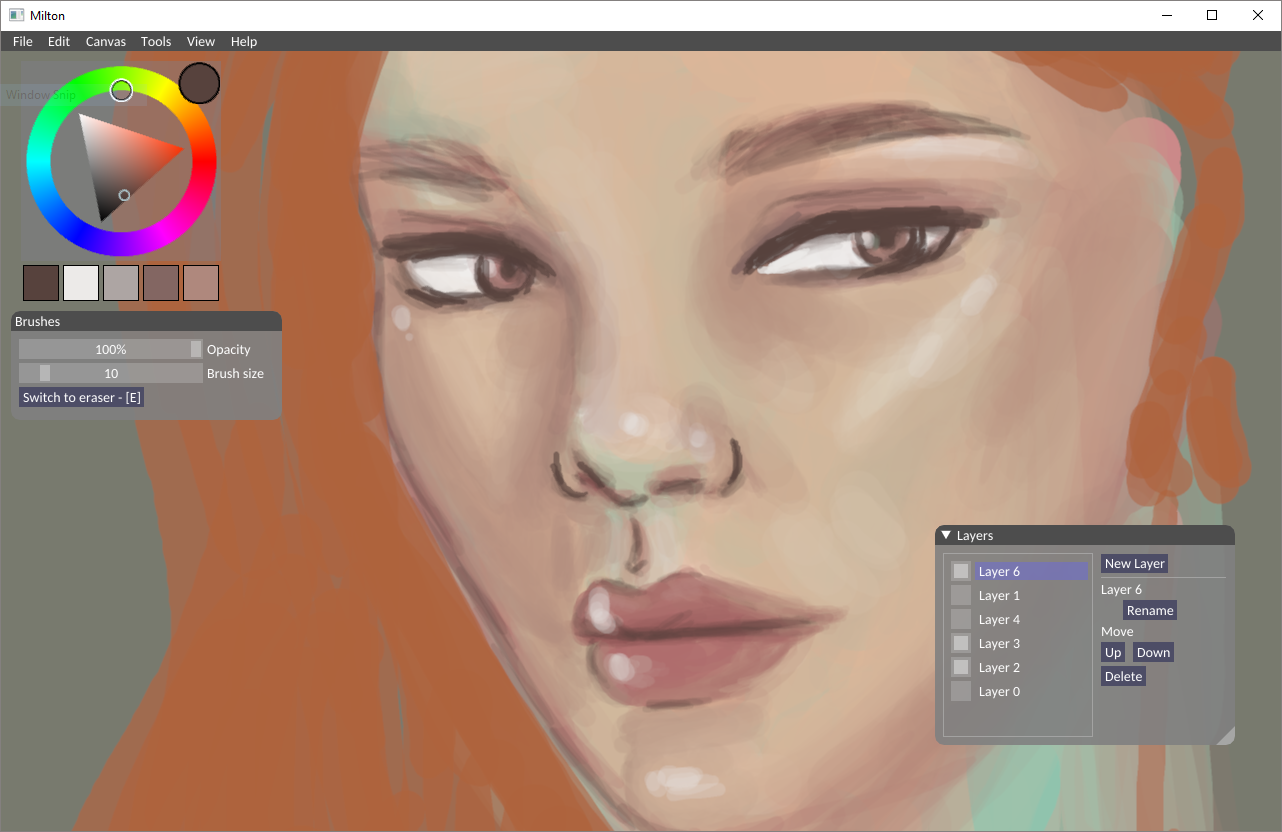 What Milton is not:

Milton is not an image editor or a vector graphics editor. It's a program that lets you draw, sketch and paint.

If the GUI makes something not-obvious, please create a github issue!

It's very helpful to drag the mouse (or pen) while pressing space to pan the canvas. Also, switching between the brush and the eraser with b and e. You can change the brush size with [ and ] and control the transparency with the number keys.

Here is the latest video tutorial

Check out the patreon page if you would like to help out. :)

While on Windows there are binaries available, for Milton on Linux or OSX you will have to compile from source. There are some basic build instructions below. They will probably build, but please be prepared to do a bit of debugging on your end if you run into trouble, since these are not the primary development platforms.

Run a x64 developer command prompt (for VS 2019 this corresponds to the "x64 Native Tools Command Prompt") and type the following:

Milton will be compiled to build\Milton.exe

This repo provides a binary SDL.lib that was compiled by running build_deps.bat in the third_party directory.

As of 2018-10-24, linux and mac are not officially supported. I (Sergio) would like to support them again but my efforts are currently going into producing a new release for Windows. You can try and compile with the included scripts, but things will likely not work!

Milton is made with love by Sergio Gonzalez with the help of awesome people.