In order to test iOS push notifications you might have your own server setup or maybe you use one of the many push notification services that already exist. All this takes a lot of time and effort to get up and running. Ideally, you would probably like to start sending notifications just with a mac, an iOS device and zero in cash (excluding the money you've paid for your mac and device of course). With the use of web tokens and the shell script contained herein you can start sending push notifications to your devices in minutes while getting some feedback each time something goes wrong.

You can skip this if you have already installed OpenSSL. On a mac:

Getting a device token

Below are the methods of your apps application delegate, with some short explanation comments, you need to obtain a device token.

You need an APNs authentication token signing key to generate the tokens used by your server in order to send push notifications. You request this key from your developer account on developer.apple.com in the Keys ➙ All section as shown below. 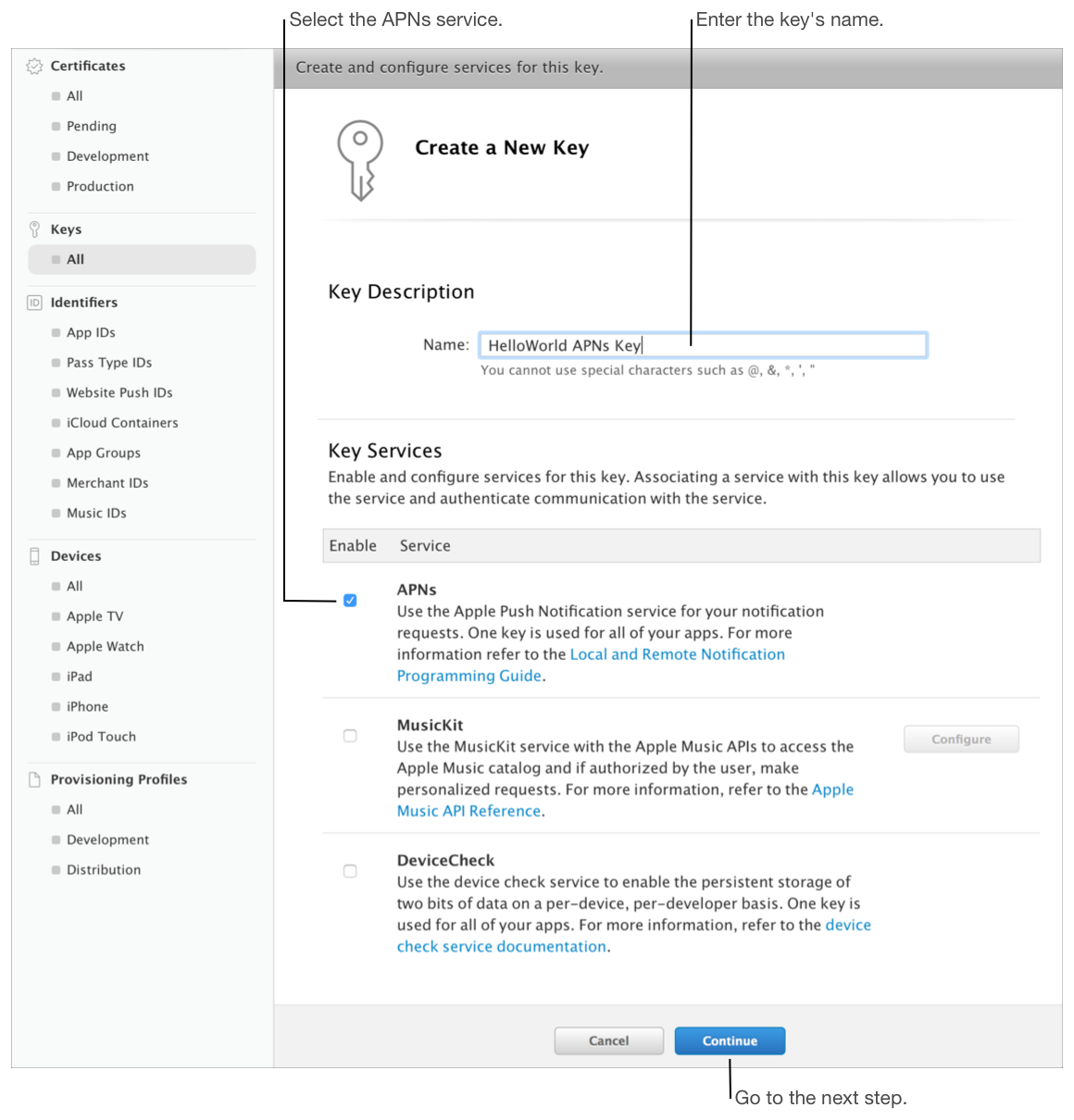 After continuing to the next step you get:

What data you need to supply to the script

After you clone the script you need to supply your own info within the script:

After you set up data, you can just execute script to send test push notification:

For sending background updates (when the payload's aps dictionary includes the content-available key with a value of 1), the following headers need to be set in the script itself:

Unfortunately, the feedback returned from APNS when something goes wrong leaves a lot to be desired. These are the status codes that are possible to be returned and are shown in the output of the previous script.

If the status code is 200 all is well and you received the push notification. In general, you should always use a recent device token, the device token should actually be from the device you are trying to send to and you should make sure that team IDs, key IDs, and bundle IDs are spelled correctly. For a successful request, the body of the response is empty. On failure, the response body contains a JSON dictionary with a reason key that gives you a general idea of what went wrong e.g. BadDeviceToken.

Replace the ENDPOINT text in the script with the corresponding URL in the commented out section at the top of the script. Use development when running your app directly from Xcode onto a device, and production in every other case which is for Testflight, Adhoc, Enterprise or for the Appstore.

This project is licensed under the MIT License - see the LICENSE.md file for details