Thank you, everyone for your interest in my project! What started as a learning opportunity/something to build for my friends got a lot more popular than I ever expected. That said, I am discontinuing work on this project and archiving it. The project is just too much for me to manage on my own and there are already other projects that are much more polished, with CLI and GUIs for launching far more self-hosted services than I could ever hope to develop on my own. If this project has been useful to you, I recommend checking out HomelabOS, DockSTARTer, and Yacht.

This repository contains what you need to get started self-hosting various services while also giving you a little knowledge around docker and docker-compose. The templates will set up the following:

In no particular order, things I hope to add templates for. Also taking requests. 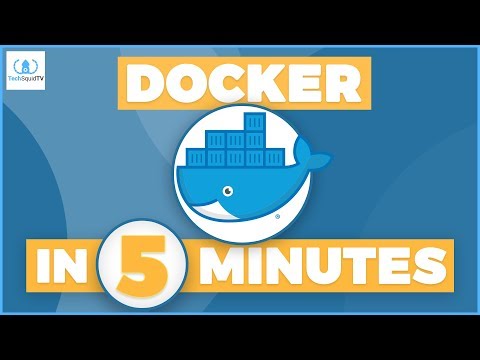 Watch this short video for a quick explanation of what Docker is, how it is different than a Virtual Machine, and why one would use Docker instead of a full virtual machine.

You will need a computer, preferably running Linux, but anything will do. ² Download and install Docker and Docker-compose following the instructions for your OS. These templates were written using the Docker-compose 3.5 file format, therefore you must have docker version 17.12.0 or greater and a recent docker-compose version, ideally the most recent. If you installed docker or docker-compose from your distro's standard software sources, it is likely you are using an old version of one or both of them. It is recommended that you install both following the directions below.

Please also, in a developer's text editor e.g. NotePad++, read through base.yml as it contains detailed instructions in the form of comments. Before starting your stack, you will need to

A quick note about Traefik and reverse proxies in general

It may be helpful to understand the role of a reverse proxy. In short, a reverse proxy is like a web server, except it doen't just serve its own web content, it can also receive requests for MANY web servers/services and forward the requests to the appropriate destination based on critera, such as the host name that was requested (e.g. http://example1.example.com vs http://example2.example.com), or the path of the requested content, if a request going to a single domain may need to go to a different destination for some paths (http://example.com/example/path/to/file/ vs http://example.com/example/api/). There are many reverse proxies available and available as docker containers (Apache, NGinX, Traefik, and others). I used Traefik in the templates for its ease of use (I understood its configuration better than I did NGinX or Apache), but one could substitute a reverse proxy of their choice if they configure it similarly to how I configured Traefik to work. Traefik bills itself as being specifically adapted for deploying microservices and is compatible with many tools/infrastructures (specifically Docker, Docker-Compose, and Let's Encrypt), and unlike NGinX or Apache which take a static configuration file and cannot change their routing rules on-the-fly, Traefik is able to watch labels you add to containers/services and modify its configuration accordingly without needing to be restarted. It can, if you configure it to do so, email you if a service goes offline. The example configurations in these templates are what worked for me, but they may not work in all environments, so you may want to make yourself familiar with the Traefik documentation, specifically these pages:

The Traefik documentation is pretty clear and has examples, so my annotations regarding it will be brief. They even provide a short "cookbook" of example configurations

At your command line, run htpassword -n yourusername | sed -e s/\\$/\\$\\$/g. This will prompt you to create a password for the user, yourusername, and display that username and a hash to be used with this label e.g. traefik.frontend.auth.basic.users="yourusername:$$apr1$$nbt0MXhi$$TKUDTJe3QPp.lUQFWkqo01" if you input it directly into a compose file, or run just htpassword -n yourusername if you want to put the output into your .env file instead and use an environment variable in the compose file e.g. MY_USERNAMES_AND_PASSWORDS="testuser:$apr1$nbt0MXhi$TKUDTJe3QPp.lUQFWkqo01" in your .env file and traefik.frontend.auth.basic.users=${MY_USERNAMES_AND_PASSWORDS} in your compose file (recommended). Multiple username:hash combos should be separated by commas.

Similar to the above two sections, these labels work more-or-less the same, with .users being put as a comma-separated list in either directly into the compose file or into the .env file and referenced in the compose file, and .usersFile creating a file to mounted in the traefik container and referenced in that location by the label. To create the file, run htdigest -c /path/to/passwordfile youruserrealm yourusername where realm is a what will be displayed to the user to let them know what they're signing into. For more info, see this page. To update the file without overwriting it, run the same command but drop the -c flag e.g. htdigest /path/to/passwordfile youruserrealm yourusername

At your system's command prompt, change directory to the base directory your local copy of this repository and run the following command:

This will check to make sure that the edits you made to any relevant .env files are valid. You can also do this later as you add more files to your stack with the -f option. (see below)

This will download the images for and start the base of your stack with basic services. To add additional services from this repository, add them to the command with additional -f flags e.g.

Please note: base.yml must come first on this list. All the add-ons build upon this base. The order of the rest of the files does not matter.

Updating Containers In Your Stack

The service "auto-updater" is included and can automatically update containers who have the label "com.ouroboros.enable=true". If you would prefer to control when and to which version you update your containers to, or if the automatic updates are causing you issues taking services offline when they don't start up correctly (health checks have been included on most services to help mitigate this), you can disable the auto-updater on a per-service basis by setting the label "com.ouroboros.enable=false" on that service. You can also update services using a scheduled cron job that runs the following commands:

For services, such as pinry, which must be built prior to running, run docker-compose -f base.yml -f ./add-ons/pinry.yml -f ... -f ... build --pull which will rebuild any containers in your stack that were built from source when you created them, regardless of whather or not there have been any updates to their source, to update them. See the docker-compose build documentation for more information.

Making Changes to Services/Containers in Your Stack

To make a change to any service or container in your stack without bringing down and recreating them all, simply edit the docker-compose .yml file that defines it, save, and re-run your docker-compose command from above. Docker-compose is inteligent enough to only recreate containers/services you edited in the file. You can also make changes using the edit functionality in the Portainer Docker GUI (included in the base .yml file), however, it will not be able to automatically resolve if any dependant containers also need to be recreated.

If you want to bring everything down and remove all service/containers, Docker networks, and Docker volumes, simply run the following, specifying each docker-compose .yml file you used to create it.

This will delete the entire stack, including data stored in Docker volumes, permanently. This will not affect volumes which are bind mounted to a container. Data in bind mounted volumes must be manually deleted.

For more about self-hosting your own online services

Assorted other links of interest

Finally, please contact me if you find something wrong with any of these configs. My ability to test them 100% is limited and I don't use 100% of them myself, so these compose files are my best attempt based on reading the documentation for the app or container.

I learned a lot from just reading Docker and Docker-compose's online documentation, so for your convenience, here it is:

¹ Gitlab is extremely resource intensive and tends to leak memory over time. It probably won't run well on a Raspberry Pi and even on a traditional PC, I have had to schedule cron jobs that periodically restart it due to the memory leaks. Unsure if this is the result of misconfiguration on my part, or just how the software is. ↩

² The images used in these templates are mostly only built by their creators to run on x86_64 (Intel/AMD) processors. If you are a hoping to host one or more of these services on a Raspberry Pi or similar device and it doesn't run with the template as-written, open an issue to have the file or service adapted for use on ARM processors. ↩