What does this do if I know nothing about face recognitions?

This is a server, wrapping up with a frozen model, accepting a photo of face, then output a vector of 512 dimension to describe it.

An example of this is as following, borrowed from openface: 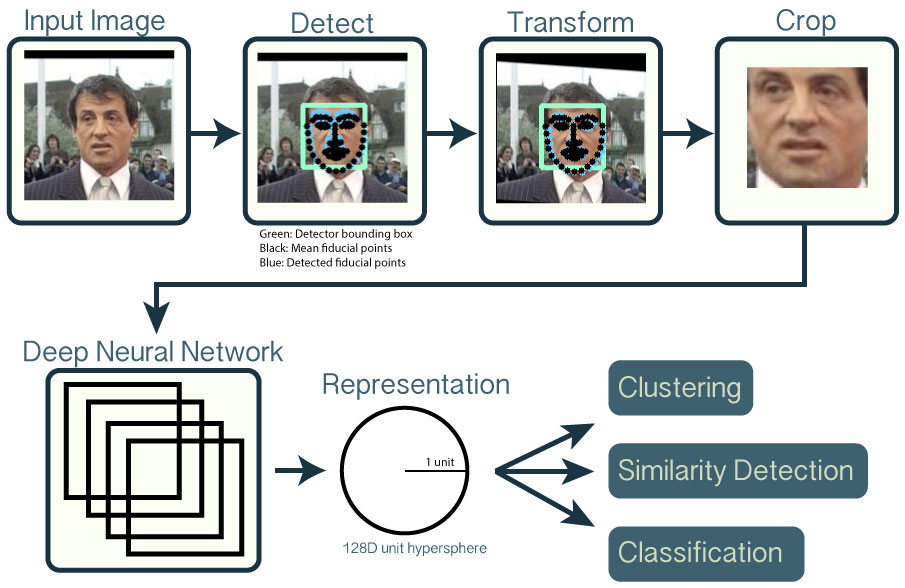 Yes Yes Yes, I know your are lazy. So I made a demo app for you with following architecture: 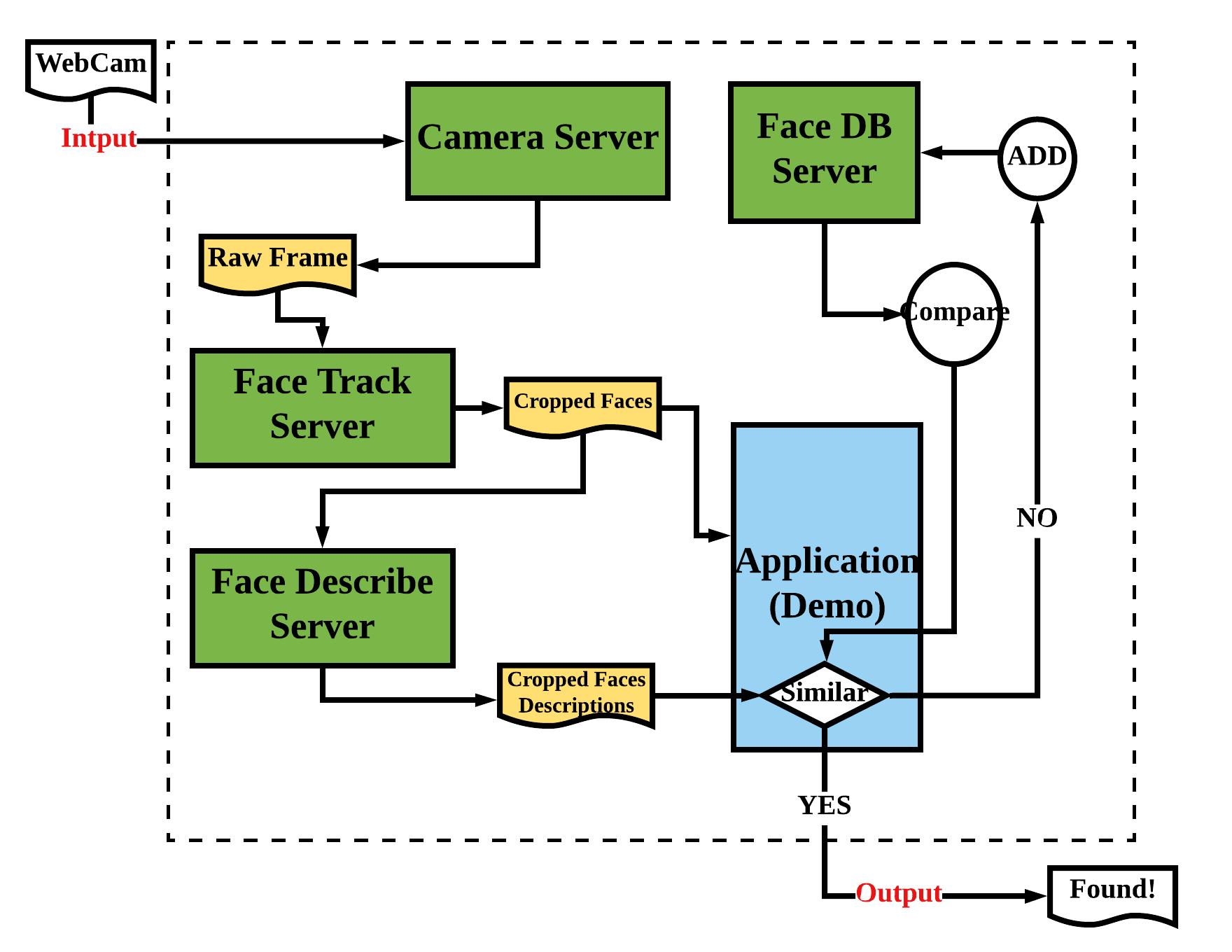 How to run it

A better tensorflow implementation of deepinsight, aiming at smoothly production ready for cross-platforms. Currently only with inference, training code later.